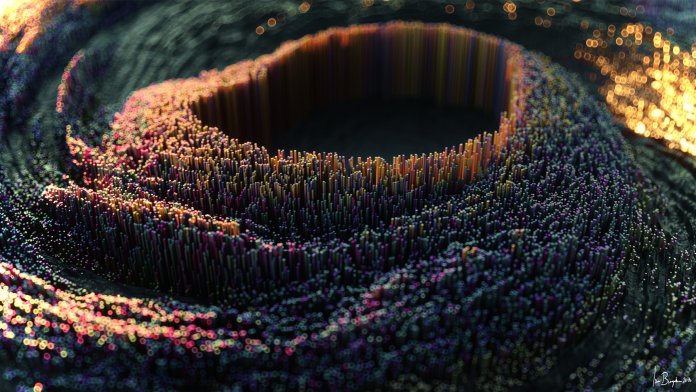 Book of Mathew declares:
“For what is a man profited, if he shall gain the whole world and lose his
own soul.”
[Love, Soul, Truth & Beauty are pure and plain]
The invisible domain where the soul must also exist.
“Theory of the cosmos” must inevitably be a theory of how God’s mind works. Both aim at the ultimate source of reality.
“soul is a subatomic world”.
In the Quantum world there are no material things, only possibility waves. In
other words, a quantum event can potentially occur in second place i.e; two Places
at the same time.
In the Quantum world second subatomic particle even though they may be at separate ends of the universe can be in commutation, with each other,
conciliating their activity even though they don’t exchange signals. Nonlocal a
causal relation.
Consciousness orchestrates quantum mechanical nonlocal, accused
interrelatedness through mere intention.
In the quantum relation realm, there’s a phenomenon known as ‘quantum leap’. A particle can move from one location to another without traveling through the space in between.

The Heisenberg uncertainty principle operates in the quantum world. One cannot know the position and momentum of a particle at the same time.

Before a subatomic particle appears from the infinite void, it exists as a possibility,
a potential in that infinite void.

Soul: without dimension and beyond space and time. Quantum Reality that gives
birth to the whole material universe.
“Soul gives birth to the mind and body”.
Water cannot wet itself, wind cannot dry itself, fire cannot burn itself and weapons cannot shatter it. Because it is unborn, ancient and never dies..immortal.
One life can express only a tiny fraction of the richness that your soul keeps in its treasure ‘Trove of infinity’.
Soul is universal – it is not located in one place.
Soul relates to you without any connectors that you can see, touch or hear.
Soul gives rise to new and creative impulses, seemingly out of the blue.
Souls status in the everyday world is uncertain, yet you can be certain of it by setting aside everyday rules.
Soul is the potential for everything in your reality, the possibility that mind turns into actuality.
( Virtual Reality – Time and Space – Material Reality.) relative and absolute.
Quantum physics taught us that energy can be broken down into nothing ie;
a cubic centimeter of empty space, the pure voidness of cold blackness, contains
more virtual energy than a blazing star.
The act of creating reality.
. Eternity is sliced up into bits of time.
. The void is compacted into bits of matter.
. Creation is incubated in the womb of possibility.
. Memories give birth to new perceptions.
. The cosmic “I” becomes an individual.

. Nonlocal events are organized to fit together.
. Intelligence unfolds.
. Gods mind knows itself and
. Grace ( the loving intent of god ) orders all events.
“ The quantum paradox is made beautified in quantum lives, where Ecstasy is possible in the midst of so much fog and confusion. “Soul isn’t a luxury but a necessity. ‘The soul is the maker of Reality, subjective, and objective.’
In quantum terms: That the invisible subatomic void vibrates, sending energy waves that become organized into particles – particles into the matter –
complex structure close the circle by registering a signal from the (5 senses) in reality.
You and I co-create this world.

Quantum theory is not a place to turn for love. But it tells us that there is an
an unknown realm that is our source, and it hints that this unknown place is
infinite, intelligent, capable of organizing the entire universe, full of
possibilities without end. The unknown is ‘ GOD ’ in one inescapable
regard.

Destiny and Karma, a walkthrough

Your instincts are real and no you’re not crazy. It’s time...