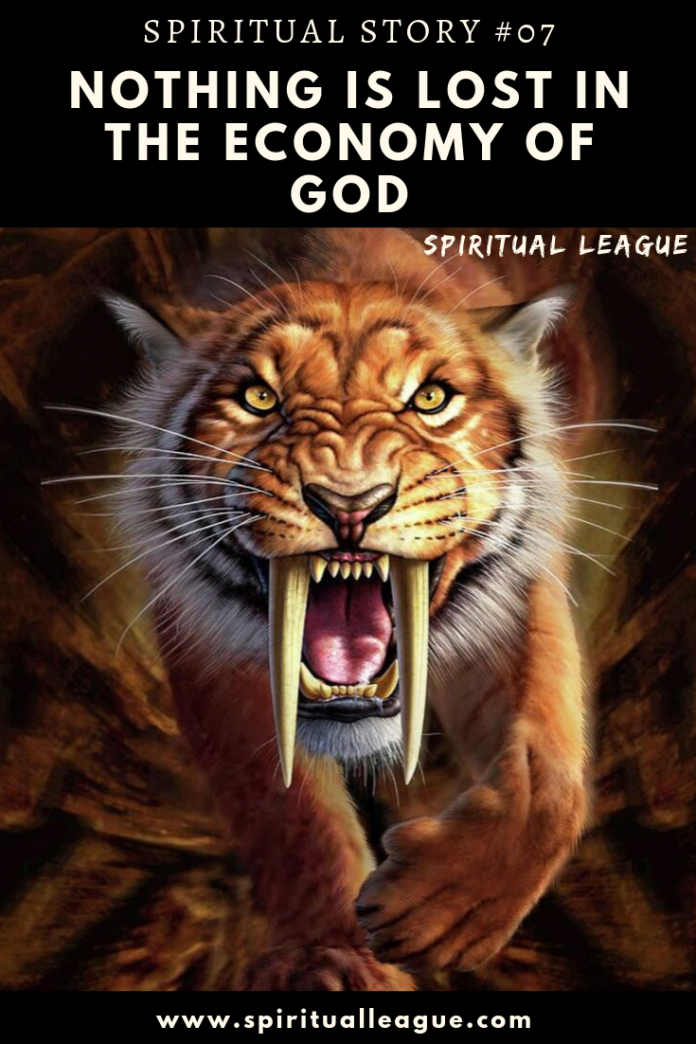 THERE is a story about a man who practised Sava-sadhana. He worshipped the Divine Mother in a deep forest. First he saw many terrible visions.

Finally a tiger attacked and killed him. Another man, happening to pass by and seeing the approach of the tiger, had climbed a tree. Afterwards he got down and found all the arrangements for worship at hand. He performed some purifying ceremonies and seated himself on the corpse. No sooner had he done a little Japa than the Divine Mother appeared before him and said:

“My child, I am very much pleased with you. Accept a boon from Me”. He bowed low at the Lotus Feet of the Goddess and said: “May I ask you one question, Mother? I am speechless with amazement at your action. The other man worked so hard to get the ingredients for Your worship and tried to propitiate You for such a long time, but You did not condescend to show him Your favour. And I, who don’t know anything of worship, who have done nothing, who have neither devotion nor knowledge nor love, and who haven’t practised any austerities, am receiving so much of Your grace?”

The Divine Mother said with a smile, “My child you don’t remember your previous births. For many births you tried to propitiate Me through austerities.

As a result of those austerities all these things have come to hand, and you have been blessed with My vision. Now ask me your boon.”

One must admit the existence of tendencies inherited from previous births.

Tales and Parables of Sri Ramakrishna

Every worm, every insect, every animal is working for the ecological...

Spiritual League - 4th March 2021 0
Gaia quotes Every worm, every insect, every animal is working for the ecological wellbeing of the planet. Only we humans, who claim to be the...

The version of me you created in your mind is not...

Being considered crazy by those who are still victims of cultural...

Remember, most of your stress comes from the way you respond

Every worm, every insect, every animal is working for the ecological...

The version of me you created in your mind is not...

If your mind carries a heavy burden of past – Eckhart...

THE FEARS WE DON’T FACE BECOME OUR LIMITS