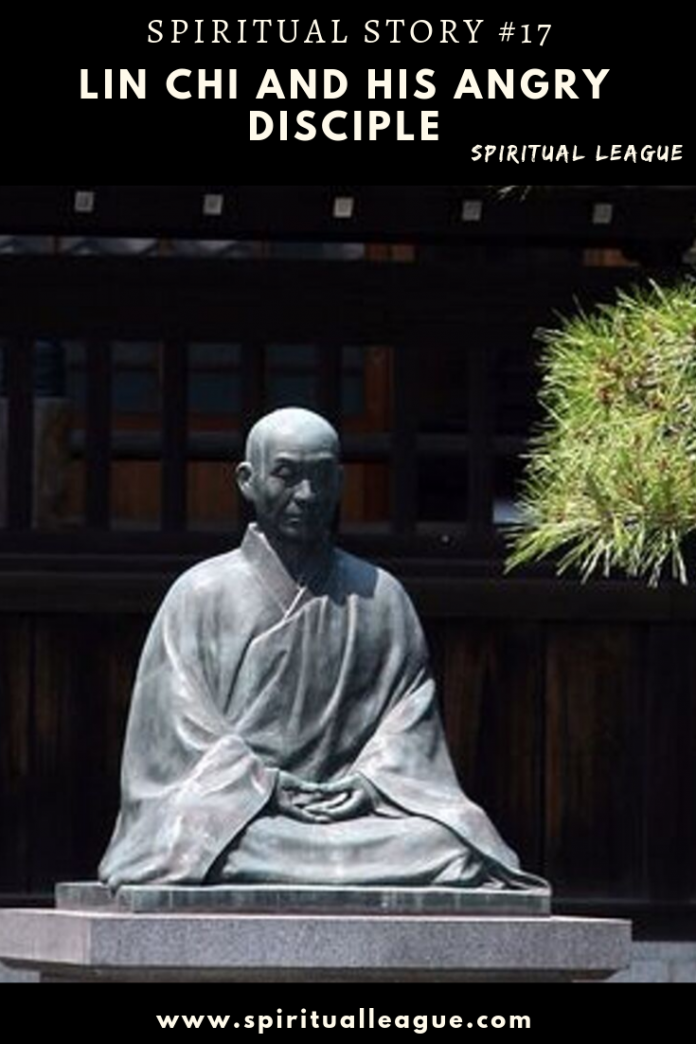 I have heard about Lin Chi, a Zen master. As he was sitting one day in his hut someone came to see him. The man who came was angry. He may have been fighting with his wife or with his boss or something — but he was angry. He pushed open the door in anger, he threw down his shoes in anger and then he came, very respectfully, and bowed down to Lin Chi.

Lin Chi said, “First go and ask forgiveness from the door and from the shoes.” The man must have looked at Lin Chi very strangely. There were other people also sitting there and they started laughing. Lin Chi said, “Stop!” and then said to the man, “If you don’t do it then leave. I will have nothing to do with you.” The man said, “It will look crazy to ask forgiveness from the shoes and from the door.”

Lin Chi said, “It was not crazy when you expressed anger. Will it now be crazy? Everything has a consciousness. So you go, and unless the door forgives you, I am not going to allow you in.”

The man felt awkward but he had to go. Later on he became a monk himself and became enlightened. When he became enlightened, he related the whole anecdote and he said, “When I stood before the door, asking forgiveness, I felt awkward, foolish. But then I thought that if Lin Chi says so, there must be something in it. I trusted Lin Chi, so I thought that even if it was foolish do it. In the beginning whatsoever I was saying to the door was just superficial, artificial; but by and by I started to get warm. And Lin Chi was waiting and he said that he would watch. If the door forgave me, only then could I come in; otherwise I had to stay there until I had persuaded the door and the shoes to forgive me. By and by I became warm. I forgot that many people were looking. I forgot about Lin Chi — and then the concern became sincere and real. I started to feel the door and the shoes were changing their mood. And the moment I realized that the door and the shoes had changed and that they are feeling happy, Lin Chi immediately said that I could come. I had been forgiven.”

This incident became a transforming phenomenon in his life because for the first time he became aware that everything is really a crystallization of consciousness. If you cannot see it, it is because you are blind. If you cannot hear it, it is because you are deaf. There is nothing the matter with the things around you. Everything is condensed consciousness. The problem is with you — you are not open and sensitive.

Awakening Quotes – Some say the world is going to hell,...