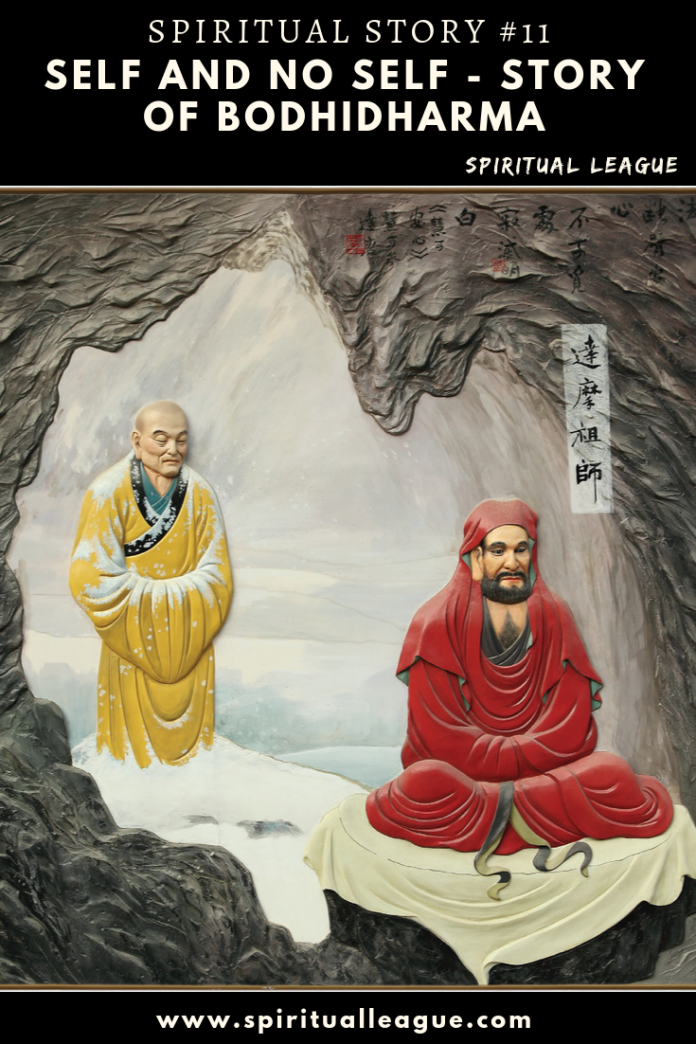 I have told many times the story of Bodhidharma and his meeting with the Chinese emperor Wu — a very strange meeting, very fruitful. Emperor Wu perhaps was at that time the greatest emperor in the world; he ruled all over China, Mongolia, Korea, the whole of Asia, except India.

He became convinced of the truth of Gautam Buddha’s teachings, but the people who had brought the message of Buddha were scholars. None of them were mystics. And then the news came that Bodhidharma was coming, and there was a great thrill all over the land. Because Emperor Wu had become influenced by Gautam Buddha, that had made his whole empire influenced by the same teaching. And now a real mystic, a buddha, was coming. It was such a great joy!

Emperor Wu had never before come to the boundaries where India and China meet to receive anyone. With great respect he welcomed Bodhidharma, and he asked , “I have been asking all the monks and the scholars who have been coming, but nobody has been of any help — I have tried everything. But how to get rid of this self? And Buddha says, `Unless you become a no-self, your misery cannot end.’”

He was sincere. Bodhidharma looked into his eyes, and he said, “I will be staying by the side of the river near the mountain in the temple. Tomorrow morning, at four o’clock exactly, you come and I will finish this self forever. But remember, you are not to bring any arms with you, any guards with you; you have to come alone.”

Wu was a little worried — the man was strange! “How can he just destroy my self so quickly? It takes — it has been told by the scholars — lives and lives of meditation; then the self disappears. This man is weird! And he is wanting me in the darkness, early in the morning at four o’clock, alone, even without a sword, no guards, no other companion. This man seems to be strange — he could do anything.

What he said looked absurd, but the way he said it, and the way he looked were so authoritative: he knows what he is saying. Finally Wu had to decide to go. He decided to risk, “At the most he can kill me — what else? And I have tried everything. I cannot attain this no-self, and without attaining this no-self there is no end to misery.”

He knocked on the temple door, and Bodhidharma said, “I knew you would come; I knew also that the whole night you would be changing your mind. But that does not matter — you have come. Now sit down in the lotus posture, close your eyes, and I am going to sit in front of you.

“The moment you find, inside, your self, catch hold of it so I can kill it. Just catch hold of it tightly and tell me that you have caught it, and I will kill it and it will be finished. It is a question of minutes.”

Wu was a little afraid. Bodhidharma looked like a madman; he is painted like a madman — he was not like that, but the paintings are symbolic. That’s the impression he must have left on people. It was not his real face, but that must be the face that people were remembering.

He was sitting with his big staff in front of Wu, and he said to him, “Don’t miss a second. Just the moment you catch hold of it — search inside every nook and corner — open your eyes and then tell me that you have caught it, and I will finish it.”

Then there was silence. One hour passed, two hours passed and the sun was rising, and Wu was a different man. In those two hours he looked inside himself, in every nook and corner. He had to look — that man was sitting there; he could have hit him on his head with his staff.

You could expect anything; whatever…. He was not a man of etiquette, manner; he was not part of Wu’s court, so he had to look intently, intensively. And as he looked, he became relaxed, because it was nowhere. And in looking for it, all thoughts disappeared. The search was so intense that his whole energy was involved in it; there was nothing left to think and desire, and this and that.

As the sun was rising Bodhidharma saw Wu’s face; he was not the same man — such silence, such depth. He had disappeared. Bodhidharma shook him and told him, “Open your eyes — it is not there. I don’t have to kill it. I am a nonviolent man, I don’t kill anything! But this self does not exist. Because you never look at it, it goes on existing. It is in your not looking for it, in your unawareness, that it exists. Now it is gone.”

Two hours had passed, and Wu was immensely glad. He had never tasted such sweetness, such freshness, such newness, such beauty. And he was not.

Emperor Wu said that when he died, on his grave, the memorial, Bodhidharma’s statement should be engraved in gold, for the people in centuries to come to know…”There was a man who looked mad, but who was capable of doing miracles. Without doing anything he helped me to be a non-self. And since then everything has changed. Everything is the same but I am not the same, and life has become just a pure song of silence.”

If your mind carries a heavy burden of past – Eckhart...

The more I learn, the more I realize how much I...

Twinflame quotes – May you attract someone who speaks your language...